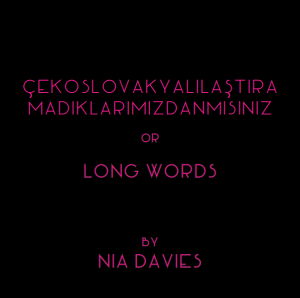 To get a copy for £9.50 (and free postage!) visit this page to use PayPal.  Or send your terrestrial address to t.cheesman@swansea.ac.uk AND £9.50 by cheque to SWANSEA BAY ASSG.

Inspired by the Turkish tongue-twister Çekoslovakyalılaştıramadıklarımızdanmısınız (Are you one of those we tried to make to be originating from Czechoslovakia?), the poems in this chapbook take their titles from the English translations of long words in various languages. These are words that can (barely) be translated as: ‘For those who were repeatedly unable to pick enough of small wood-sorrels in the past’, ‘To the least able to be making less understandable’, ‘For your [plural] continued behaviour as if you could not be desecrated’.

In the gaps between what we say and what we mean, between one language and another, Nia Davies finds such figures and motifs as contemptible palaeontologists, collective farms, the murdered women in Bolaño’s 2666, the never-ending suffix, dusty chickens, Estonian palindromes, ‘splitters gurning on white cream’, lies, drunkenness and the tortured question ‘what is poetry?’:

These are poems written in the shadow of the untranslatable/unconscious ‘fossil inside’. 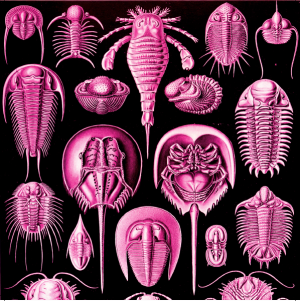 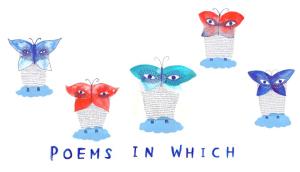 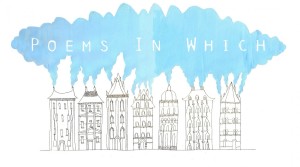